Wangaratta Bowls Club has a rich history spanning over 120 years!

The inaugural meeting of the Wangaratta Bowling Club was held on the 17th April 1899. Land was
purchased in Docker Street (the current site of Quest Apartments & Dan Murphy’s) and the bowling
green opened on 1st November 1899 with a match played against some gentlemen from Benalla.

The ladies were admitted as Associates and formed their own club on 10 th November, 1948, with 15
women present and 2 apologies.
The Ovens & Murray Bowling Association was formed in 1922 with members from Wangaratta
taking senior roles. 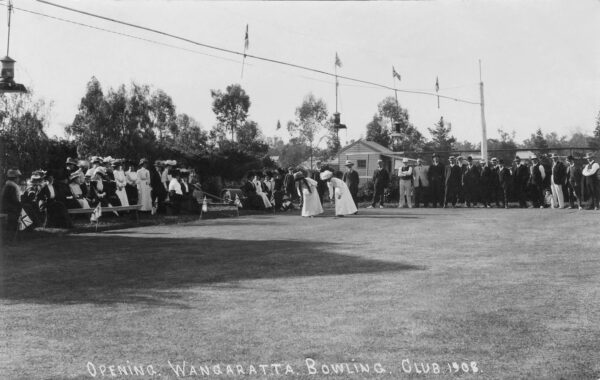 The Docker Street site was eventually sold and the club relocated to the current site. The club was not rebuilt but rather lifted and transported to its current location in 20 Park Lane, Wangaratta. A sunroom and verandah was then later added.

While 2 other bowling clubs have opened since that time, 1 at Wareena Park still in operation and 1
at Victoria Parade which is now closed, the Wangaratta Bowling Club remains the largest bowling
club in Wangaratta hosting 4 greens (3 grass, 1 artificial) and currently has over 150 members. The
full history of the Club is available upon application – contact the Club for further details. 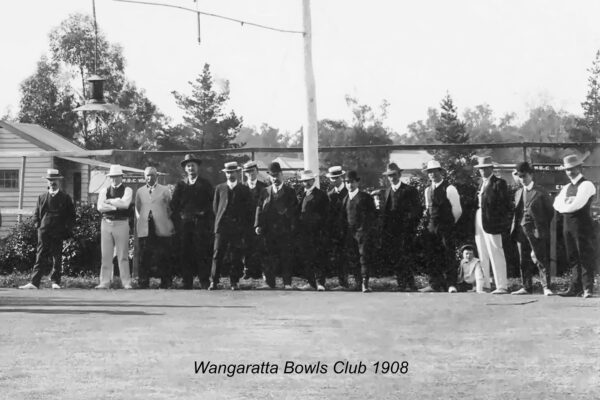